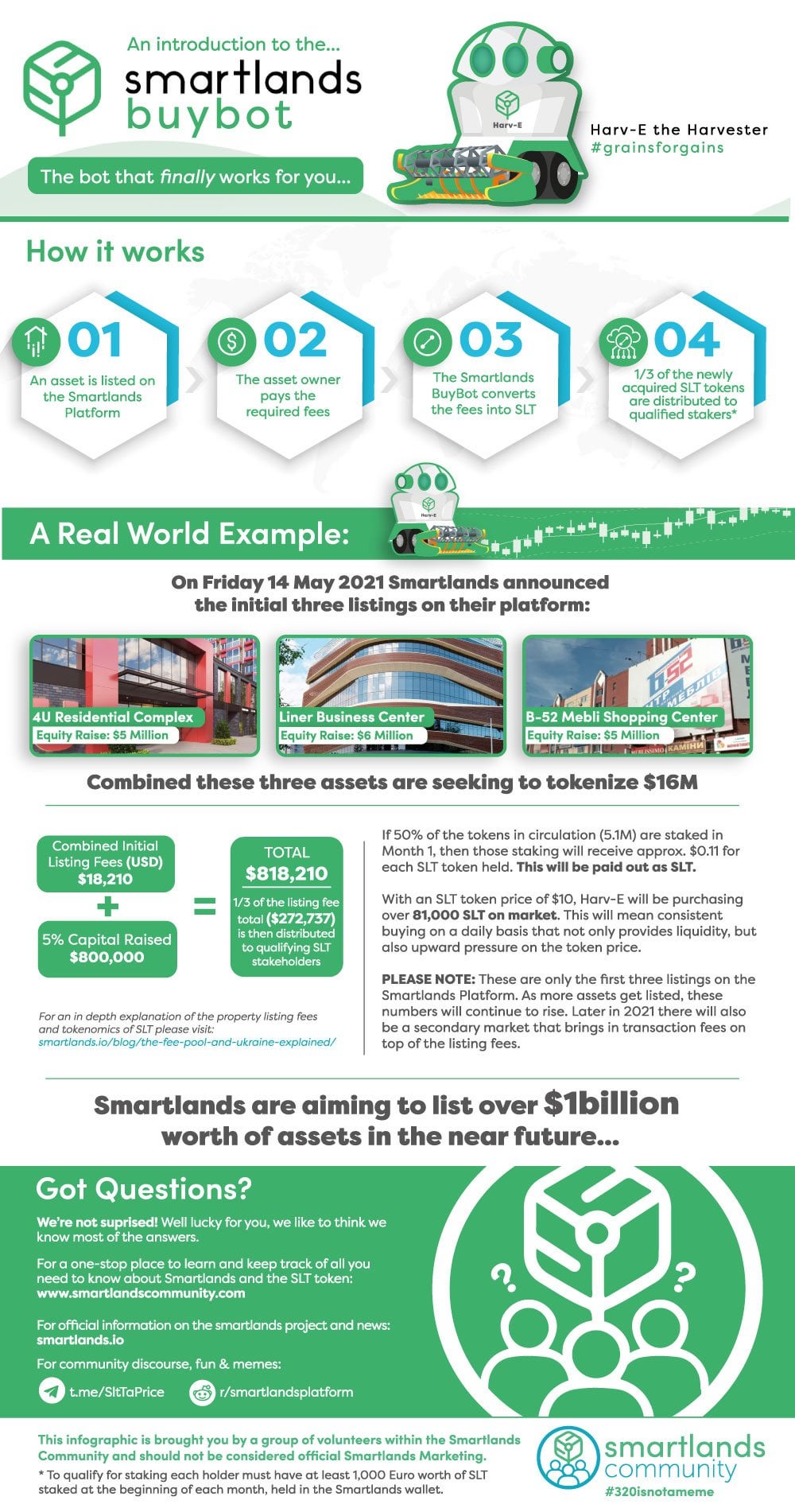 Ouch. This hurts. -70% from recent ATH for SLT, which is painful for holders… but a great opportunity for newcomers!
https://www.coingecko.com/en/coins/smartlands

The crypto market crash has led to a deep discount on the price of SLT. Especially given everything the team has coming up in the pipeline. If you’ve been wanting to get on board, this correction is creating a unique opportunity the likes of which only come around once or twice each cycle.

Here’s the thing – the fundamentals have not changed. If anything, the project has only gotten closer to its goals and hit a few key milestones while doing so. One whale dumping their tokens each day + a market crash isn’t going to keep us down for long!

Here’s a few things that Smartlands have achieved in the past six weeks:

· Have secured new partnerships, including with asset fund managers, asset owners and a commodity exchange to operate under.

In the next three months, here’s what we are looking forward to seeing:

· Wallet launched with self-custody on the Stellar network (Ledger compatible)

· Details about joint ventures such as Agroxy with its agricultural marketplace

In the next six months, there’s even more:

· Big U bringing SME projects to the investment platform, starting the expansion outside of real estate

· News on the Digital Assets laws progressing in Ukraine that will open this whole project up to a global audience.

This is all cutting edge stuff here, the kind of thing that the next crypto gold rush will be made of.

There are many people who bought in the last few months who are down on their initial investments, which definitely hurts. The rest of us (with diamond hands) are sitting with long term holdings that are worth a LOT less now than they were a month ago, but a LOT more than they were in January…

If you are looking for fundamentals, Smartlands has them in spades. There aren’t many other small cap projects out there that have better fundamentals, and they stand up to scrutiny.

The team hasn’t gotten everything perfectly right, but they’re clearly working hard and making progress each week towards their stated goals – because ultimately the tokenomics are designed to align our interests with the team’s.

If you saw the fundamentals of this project a few months ago and thought ‘wish I’d found this earlier!’ – well, now’s your chance. This is that moment. Remember when BTC was $4,000 in March 2020 and there were still a few people telling you to buy it, because the fundamentals are sound and it’s going to return with a vengeance. Turns out all the people who bought then were exactly right.

SLT is facing its equivalent right now – it’s grown from 25c in January to $22… now it’s back down to $6… are you going to buy some now, or be sorry once again that you missed the boat once it sails?

And for those who want to come in with the ‘told you so’ – that’s cool and you’ve every right to do that (if you feel the need to)… but we also told you to buy when it was 25c… did you? Will you now?

The fundamentals have not changed. Once this engine gets moving, it is designed to run smooth.

Within five years, US hedge funds expect to hold 10.6% of assets in crypto