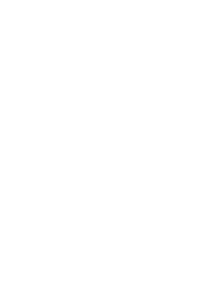 Satoshi Nakamato’s masterwork hybridized technology, economics, and policy to propose new scaffolding for society. Gradually, over ten years, its mystical allure has made its way from shadowy barstool discussions among borderline-anarchists to the boardrooms of Fortune 100 companies and the chambers of presidents and prime ministers. Now, we’re approaching a tipping point, a juncture where everything changes suddenly. I think there’s little that illustrates this more than the “on-time” materialization of Beyond Protocol, a stealth mode project with deep ties to Stanford University and Silicon Valley. It caused a big stir on /CMS, being dubbed the “next top 3 coin” and even provoked a rare philosophical discussion there about its role as a check against dystopian AI. It’s from sweeping, revolutionary technology like this the new world will take shape all-at-once.

By the way, I am a member of the project’s Street Team, and I am happy to answer any questions you might have as best I can.

Beyond Protocol was started by Silicon Valley-based technologists in January 2018 to harness the explosive power of merging distributed ledger technology with IoT. Beyond Protocol eliminates hacks and facilitates machine-to-machine value transfer.

With security as a given, Beyond Protocol allows us to feel comfortable opening up our devices for collaboration. Using them like threads of yarn, the dreamers among us can weave together inventions we would have not thought to conceive.

From the smart phone — a camera, a touch screen, GPS, an internet connection — applications were built which revolutionized entire industries (e.g. Uber and Instagram). From Beyond Protocol, mega applications can be engineered on top of any combination of IoT devices: from smart pills to satellites. Imagine a Nest smoke alarm paying a drone to put out a fire, and the drone making micropayments to weather towers along the way to determine the best route.

Beyond Protocol sets out to be the ethical language of machines.After over a year of R&D, in early 2019, the Beyond Protocol team put forth the first iterations of its novel technology to a handful of partners. The technology allows its partners, with one line of code, to 1. enable secure message brokering between devices through hardware signatures 2. equip devices with a cryptocurrency-based payment gateway. At present, there are no out-of-box solutions for either capability.Beyond seeks to build real, practical solutions for device security and payments from consumers to devices, and soon, among an economy of devices. Beyond envisions a future where good triumphs over evil and technology can work to create an exponentially more safe and more beautiful world.

A: To fund our project, and to seed our cryptocurrency, Beyond will sell its tokens from time to time ahead of a public listing. To date, Beyond has sold 4.96% of its token supply to project backers and allocated 6.07% to advisers. Beyond last sold its tokens in a private sale with a market capitalization of $100,000,000.00.

Q: How can I buy Beyond tokens?

A: We have sold tokens to-date in a private pre-sale to parties which we believe can help advance our project as partners. For inquiries related to this, kindly see the pinned post in our Telegram group. Telegram group link on website: https://beyond.link

Q: When do you plan to launch?

A: Beyond is mostly in stealth. We plan to unveil key partnerships in Q3 2021 ahead of a token generation event (TGE).

Q: Who are your key advisors?

A: Some of our advisors include:

Crypto Meets GoFundMe – SafeXI Continues To Increase Its MCAP to Almost 41M In Just 25 Days! SafeXI Has Been The Unheard Token And It’s Doing An Outmost Performance Among Its Competitors. : altcoin