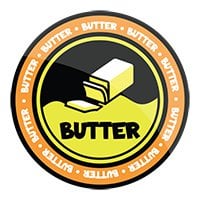 A cryptocurrency charity raised over $350,000 in just 14 days for charities working to end hunger.

Butter Token, a revolutionary new token on the Binance network, is changing the way cryptocurrency investors are thinking about charity. May 14’s $354,000 donation is Butter Token’s largest contribution to food charities to date, following a $6,311 donation on May 1st. In total, the token has raised over $375,000 since it’s launch on 4/4/21.

The token works by utilizing a fee on every transaction. A portion of that fee is sent to the “Charity Wallet” where investors can then vote on which charity receives the funds. A percentage of every donation goes to Butter Token’s partner charity, Food for Life Global, and the remainder of the funds are donated to the winning charity. Today, Beast Philanthropy received $300,000 and Food for Life Global received $54,000, which will provide more than 500,000 meals to hungry children. “This donation will help us distribute an excess 300,000 meals”, says Darren Margolias the Executive Director at Beast Philanthropy.

The creator of Butter token, Christian Claypool says Butter and its companion, Milk Token, are still in the early “start-up stage”, but says the token is starting to gain recognition even outside of cryptocurrency spaces. He’s looking forward to seeing the impact the token has on the effort to end hunger as it continues to grow. “I’m proud of the fact that we are able to generate so much funding for charity at such a low MCAP. For example, the last donation of $360,000 came from Butter at a $6m MCAP. If Butter had the same MCAP as Milk at the time, our donation would have been over $1 million,” he said. Paul Turner, CEO of Food For Life Global agrees, saying, “the proof of this is the sheer amount of money they have already donated to hunger relief charities like [ours], far exceeding other tokens with much larger market cap.”

News from this week: • Donation of $305k to Beast Philanthropy and Food For Life Global

• Both mooning with major growth 🚀

• $Milk and $Butter now listed on Coingecko! (Milk’s chart is currently glitched on coingecko and team is communicating with them to get it fixed)

Milk and Butter tokens, for those that haven’t heard, are companion tokens in the Binance Smart Chain with an emphasis on charity giving. Milk is an RFI token that can be staked to generate Butter, which is used to power community voting for their favorite charities on a weekly basis. Those that merely wish to vote may purchase Butter tokens on the open market as well, which also drives rewards for those that stake Milk! https://www.milktoken.net/voting.html

5% of all Butter transactions are guaranteed to go to a charity wallet. In addition, Butter can be used to suggest new charities. https://www.milktoken.net/suggest.html

$25,000 has been donated to charity so far, at a market cap of only 800K. We made crypto history when Butter became the first BEP-20 token to partner with a major food charity: Food For Life Global https://ffl.org/20077/cryptocurrency-butter-token/

The liquidity for both the Milk and Butter tokens is locked away until 2022, at which point both will be relocked. Our Market cap is still low with a solid base, we’re building our community for healthy growth, and we’ll continue to develop this project with many exciting use cases plus a full array of features to be rolled out as development completes.

Each week the Milk and Butter token team hosts AMAs with the Developer on Twitch where the community can ask any questions they may have. Occasionally, we have guests, last week the CEO of “Food For Life Global” joined us and explained the amazing genesis of “Food for Life Global” and took viewer questions. Our AMA’s stream every Sunday at 3am UTC here.

Roadmap: • Next week gamification of Butter begins with lotto/bingo games being implemented.

• The voting and staking processes will continue to be refined to make the experience as easy and accessible as possible.

• Planned instructional content to help those new to crypto learn about the space and how to purchase and use the Milk and Butter tokens.

Accomplishments so far: • Code built from the ground up to develop both tokens.

• Official global charity partnership with “Food For Life Global” being the first of many.

• Milk has been audited with Butter audit on the way

• The developer is doxxed

• Milk and Butter LLC is established with full team being doxxed here.

• First NFT developed for voting on the charity poll